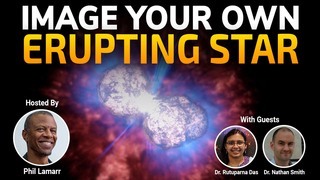 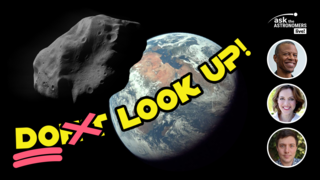 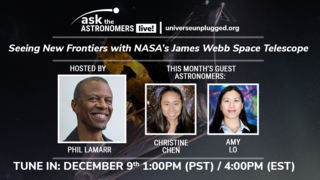 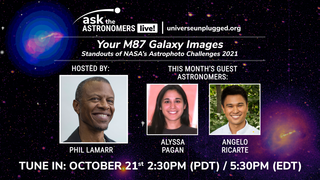 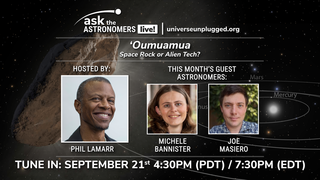 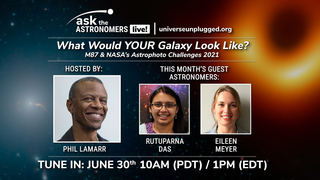 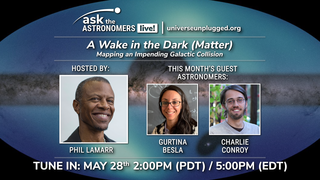 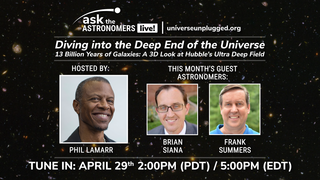 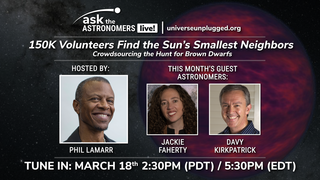 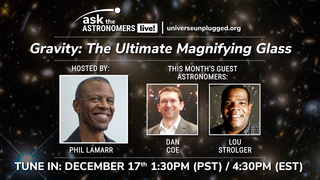 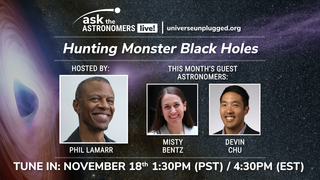 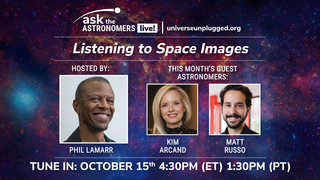 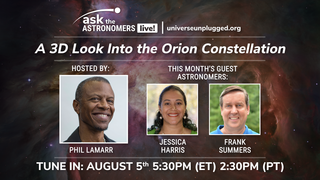 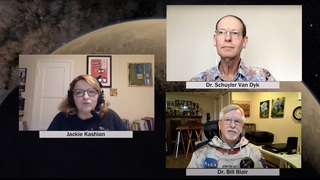 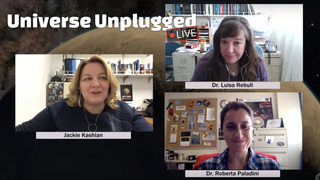 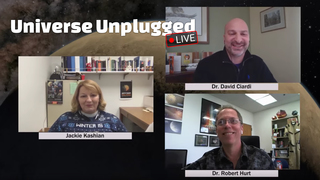 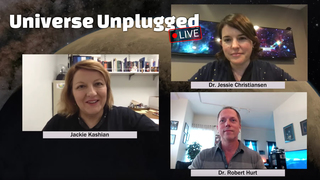 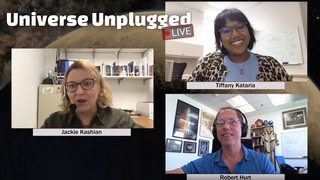 Feedback for Listening to Space Images

What if we converted an image of the Milky Way's center to sound? What would you hear? Phil LaMarr takes us on a journey of converting the Milky Way's sights to sounds with Kim Arcand and Matt Russo.

Then make sure to listen using the link on this page: https://chandra.si.edu/photo/2020/sonify/

Dr. Kimberly Arcand is a leading expert in astronomy visualization and has been a pioneer in 3D imaging, printing, and extended reality applications with astrophysics data. Kim began her career in molecular biology and public health before moving to NASA's Chandra X-ray Observatory in 1998. She is an expert in studying the perception and comprehension of high-energy data visualization across the novice-expert spectrum, and is principle researcher in the Aesthetics and Astronomy image response research project with international participation. Her current research involves sonification of spatial data, screen-based holograms and other intersections of emerging technology and astrophysics. She has co-written seven non-fiction science books including her first two science-related children’s books that came out this year.

Matt Russo is an astrophysicist, musician and sonification specialist who teaches physics at the University of Toronto. He completed his PhD and postdoctoral research in theoretical astrophysics and is also a graduate of the University of Toronto’s Jazz Guitar Performance program. He is a co-founder of SYSTEM Sounds, a sci-art outreach project that converts astronomical data into music, sound, and visualizations. Their work has been featured in the New York Times and they frequently collaborate with NASA to make astronomy more accessible to the visually impaired. Matt's TED Talk "What does the universe sound like? A Musical Tour" has been viewed over 1.7 million times. He recently launched My Starry Night, a company that creates animations of the stars that are visible on any night along with music generated by the stars themselves.